I’m a human geographer and photographer interested in researching spaces and experiences of exclusion.

My research has focussed on the Chernobyl nuclear disaster in Ukraine for a PhD in Human Geography. I spent the last four years embedded in contaminated regions around the nuclear Exclusion Zone in Ukraine, researching the everyday realities of living in the shadow of the world’s worst nuclear disaster. I have also worked in the Fukushima Exclusion Zone in Japan and am currently working on an on-going research project about the refugee and asylum camps in Calais, northern France.

As part of my doctoral research, I have explored the tragedy of Chernobyl photographically, producing two projects: “War without War” which shows my outsider’s perspective of life on the edge of the nuclear disaster, and “Disposable Citizens” which put cameras in the hands of those who actually live with Chernobyl.

My ethnographic research, which employs visual methods, in-depth interview and participant observation, has been featured in press and scholarly publications.

I was recently in Japan conducting research about the Fukushima nuclear disaster. 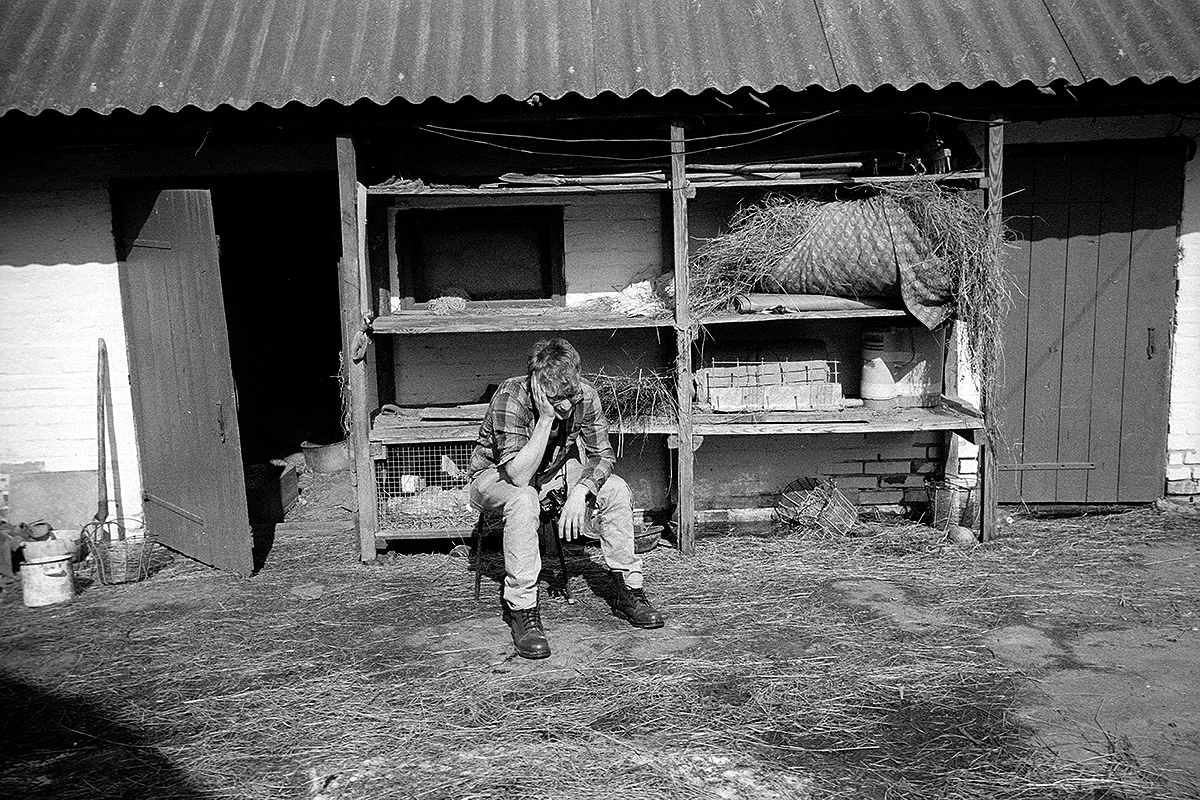 Thom sitting outside a farmhouse in Chernobyl: Ukraine